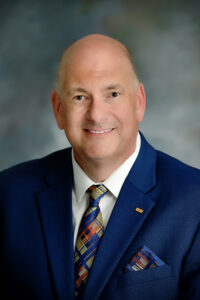 Dallas, Texas – The Board of Directors of the American Gem Trade Association (AGTA) have named John W. Ford, Sr. as its new Chief Executive Officer. Mr. Ford will transition from his current role as an AGTA board member and treasurer to his new position effective immediately. Mr. Ford has been in the jewelry industry for over 38 years, is an American Gem Society member, Lightning Ridge Mining Association member, longtime member of AGTA and a multiple award recipient of AGTA’s prestigious AGTA Spectrum Awards™. Mr. Ford is the owner of The Lightning Ridge Collection by John Ford.  He will also move on from that business so that he can fully concentrate on the Board’s vision for AGTA and our future.

Mr. Ford brings over a decade of corporate governance experience to AGTA having served in leadership roles ranging from Chairman of the Port of Galveston to serving as the President of the Galveston Independent School District, among other leadership positions on many prestigious boards and commissions in both the public and private sectors.  Mr. Ford is a graduate of Texas A&M University with a specialized degree in international trade and finance and an alumnus of the Gemological Institute of America.

AGTA President, Kimberly Collins, said, “Ford was selected as the ideal candidate to lead AGTA after a professionally managed comprehensive search interviewing many applicants including Ford. John’s knowledge of AGTA’s operations along with his corporate governance experience made him the clear choice.” Collins stressed, “that John’s vision of AGTA is aligned with AGTA’s executive committee, and he has developed a very close working relationship and trust with the officers, the Board and the Dallas staff.”

Ford said, “I am very honored by the confidence in my leadership expressed by President Collins and the AGTA Board of Directors.” He further describes himself as “member centric, we will put our firm members interests first, with increased emphasis on developing retail memberships. The industry will see a reinvigorated AGTA increasing the promotion of natural-colored gemstones and pearls, while perpetuating the highest ethical industry standards.”

The American Gem Trade Association (AGTA) is an association of United States and Canadian trade professionals dedicated to promoting the long-term stability and integrity of the natural-colored gemstone and cultured pearl industries. The Association pursues its goals through the combined use of educational programs, publicity, industry events, government and industry relations, and printed materials for both the trade and consumer. AGTA is well-known in the gemstone and jewelry industries for maintaining the highest ethical standards.