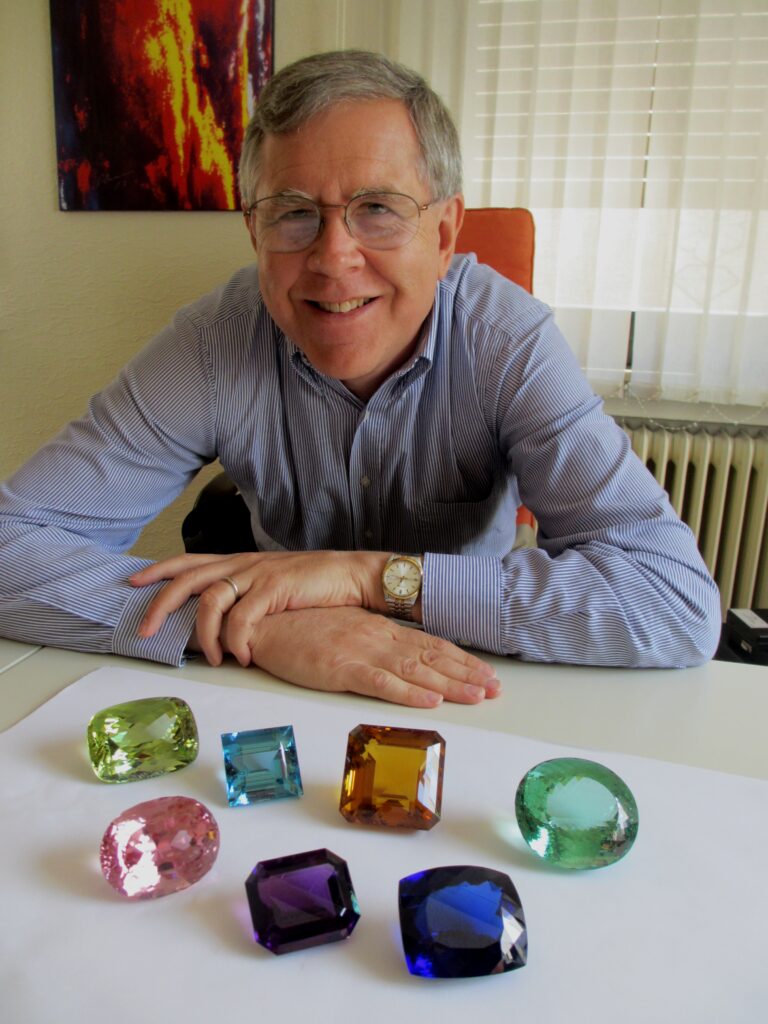 Seminar Description: Of all the objects in the Smithsonian Institution’s National Museum of Natural History, its magnificent gems perhaps best, and uniquely, provide an intersection of natural science, human history, culture, romance, and artistic skill and creativity—set against the allure of immense value and awesome beauty.

Jeffrey Post, curator of the U.S. National Gem and Mineral Collection, and author of the recently published book: “The Smithsonian National Gem Collection – Unearthed: Surprising Stories Behind the Jewels”, reveals the scandals, mysteries, and human stories behind some of the world’s most famous gems.  The Hope Diamond is familiar to most people because of its fascinating human history which includes kings and thieves and perhaps a curse or two, but it is also a rare blue diamond, the largest and finest of its kind known.  Despite its long history in the public eye, the diamond still prompts many questions. The National Gem Collection is also well-known for its many other world-class gems and jewelry pieces such as Polly Logan’s 423 carat sapphire, the historic Napoleon Diamond Necklace and Blue heart Diamond, and the spectacular Carmen Lúcia Ruby.  He also discusses rarely displayed gems from the Smithsonian vault and introduces exciting recent acquisitions.

Post shares how these rare and beautiful jewels have come to encapsulate stories about the individuals—from ordinary people to kings, emperors, maharajas, celebrities, and captains of industry—who once owned or were associated with them, for better or worse.

About the Presenter: Dr. Jeffrey Edward Post, a native of Wisconsin, received Bachelor of Science degrees in geology and chemistry from the University of Wisconsin-Platteville, and his Ph.D. in chemistry, with a specialty in geochemistry, from Arizona State University. Prior to joining the Department of Mineral Sciences at the Smithsonian Institution in 1984, he was a Postdoctoral Research Fellow for three years in the Department of Geological Sciences at Harvard University. He was Chairman of the Department of Mineral Sciences1989-1994 and 2014-2019, and since 1991 has served as Curator of the U.S. National Gem and Mineral Collection. Dr. Post was the lead Curator for the Janet Annenberg Hooker Hall of Geology, Gems and Minerals that opened in 1997.His areas of research interest include mineralogy, gemology, and geochemistry. He has published more than125 scientific articles in these fields. He is the author of The National Gem Collection, and the recently published: The Smithsonian National Gem Collection—Unearthed: Surprising Stories Behind the Jewels.