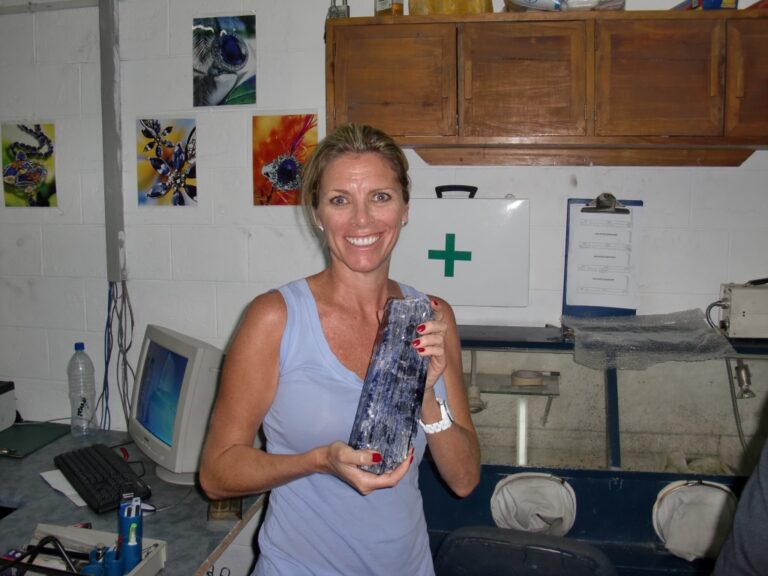 About Hayley: Hayley Henning serves as chief commercial officer (CCO) of Greenland Ruby, a ruby and pink sapphire mining operation at Aappaluttoq in southwest Greenland. The mine is part of the larger LNS Group, a Norwegian, family-owned company that handles mining contracts, road projects, bridges, and tunnels in Arctic regions. Greenland Ruby was awarded a mining and exploration license by the Greenlandic government in 2016. It is one of the first mines to commence modern operations in Greenland and is the first corundum mine in the Arctic.

Henning is responsible for global client relationships, prospects, communications, branding, and marketing. She has led many tours of the mine in Greenland for customers, journalists, gemological laboratories, and others. Shortly after the U.S. government announced in 2019 that it was creating a diplomatic presence in Greenland for the first time since 1953, she led a U.S. delegation to the Greenland Ruby mine, headed by the U.S. Greenlandic Affairs Officer and the U.S. Ambassador to Denmark.

In 2018, Hayley founded the Pink Polar Bear Foundation, which is a Greenland Ruby CSR initiative.  Proceeds from the Foundation will go toward international polar research in all disciplines, protecting the inhabitants (animal and human) of Greenland who are affected by climate change and accompanying cultural changes.  She also made Greenland Ruby the first colored gemstone mining member of the Responsible Jewellery Council (RJC).  The company is working on their certification.